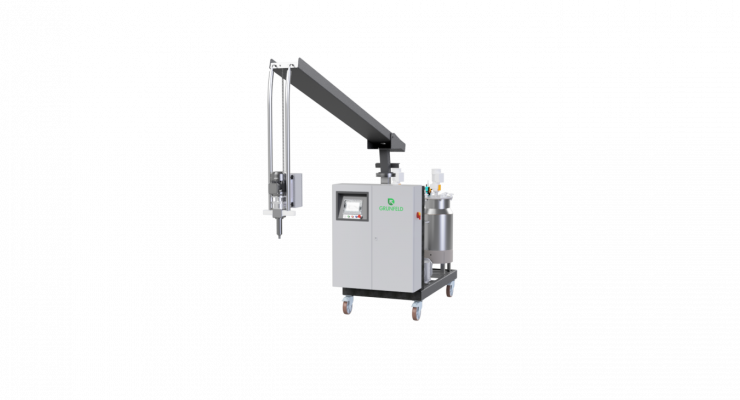 Static ‘vs’ Dynamic Mixing, and where each scores.

In years gone past Dynamic Mixing was the safe way to improve the quality of dispense, particularly at the beginning and end of a shoot, where ratio errors are more likely to occur because the pumps are ramping up and ramping down.

However, with the advances in motor and controller technology, and with good programming, the issues with ratio imbalance at the beginning and end of a shot are a thing of the past.

This makes using a disposable static mixer a viable option. However, there are still considerations to be made.

The main areas where static mixing scores over dynamic – are cost, maintenance, and flushing.

The valve/gun for static mixing is much simpler, and therefore easier to maintain.

Because the static mixers are disposable, there is no need for flushing, and disposal of solvent flush. The operator just replaces the nozzle with a fresh one.

Static mix nozzles are limited on the amount of fluid they can dispense (before they start creating back pressure and limiting output); typically limited to around 10 – 15 liters per minute (depending on resin spec and viscosity). However, this is not a problem with dynamic mixing, dynamic mix heads can be sized to suit the output needed.

Addition of pigments and additives – where extra components are added into the mix, the dynamic is still the best option.

Whilst the cost of a valve/gun for static mixing is considerably lower than the cost of a dynamic mix head, there is the ongoing cost of disposable mix nozzle, at around £1.20 each. However, this does need to be offset against the cost of flushing solvent, and solvent disposal with the dynamic option.

There is also often a discussion about whether solvent flushing is more convenient than replacing a disposable nozzle, but this very much comes down to the pot life of the resin and the frequency of shots; so needs to be considered on a case-by-case bases.

We hope this blog has been helpful, and please don’t hesitate to get in touch with any questions or comments.